Underlying both the prosperity and the poverty of Victorian Britain was a huge increase in birth rates and a steadily accelerating shift in the balance of the population between the countryside and the towns. Between the censuses of 1841 and 1901, the number of people living in the United Kingdom rose from approximately 27 million to over 41 million and by 1851 as much as one third of the population lived in concentrations of 20,000 or more.

Yet, despite the growth of the towns, certain features of Victorian Britain remained resolutely rural. The land-owning aristocracy lived in considerable comfort, served by their domestic staff, on their country estates and those who made money from industry of commerce were usually quick to invest it in land.

Family life, epitomised by the young Queen Victoria, Prince Albert and their nine children, was enthusiastically idealised. Yet, for the desperately poor it was nothing more than a pipe dream as social inequality became more marked and entrenched. Industrialisation brought about rapid changes in everyday life that affected all classes and as a consequence Victorian society was full of extremes and startling contrasts. In cities, new building work and affluent development went hand in hand with overcrowded slums where people lived in appalling poor housing conditions, worked long hours and died prematurely. In the countryside, wages for farm labourers were low and as the workers increasingly lost jobs to machinery, they swelled the ever-growing movement from rural areas to towns.

These social differences prompted a series of far-reaching reforms in the towns and cities that led to substantial changes. Philanthropy and charitable giving also became a part of the movement towards improving society and reducing the inequalities in education, health and employment. Although slums, poverty and despair did not cease to exist, the Victorian period was one that set and achieved new standards of civilised urban life including a system of local self-government. Public buildings also became more commonplace during the period with Victorians using them to highlight achievements as a way of promoting civic pride - libraries, wash-houses and swimming baths were all funded as part of a determination to provide working people with the means to improve themselves.

Victorian Britain’s unprecedented prosperity brought material comfort and security to a far greater proportion of the population than ever before. Supplies of housing and standards of building soared; domestic equipment was transformed and technical advances brought supplies of piped water, gas and - by the end of the nineteenth century - electricity. Domestic comfort relied on many hands making light work of heavy housework, so servant power was essential to an smoothly run household - all but the very poorest of homes had a resident maid to help with domestic chores.

The Victorian era saw a remarkable change in the treatment of children and in society’s understanding of childhood. Before the 1840s few children went to school, which cost at least a penny a week for each child (more than most could afford until 1891 when primary schools became free for all). However, from 1842 these changing attitudes brought about legislation to regulate and then outlaw child labour in factories, mines and chimney-stacks and also for the development of ‘ragged’ schools for slum children and orphanages for homeless waifs. In terms of education, most middle and upper-class children spent time in the nursery with a nanny, before having their first lessons from their mother, governess or tutor and then being sent away to school. Lower down the social scale children helped in the house or on the farm and earned a living as soon as possible - around the age of ten many entered service as maids, gardeners or stable hands or faced a life of manual labour in mines, factories or on farms.

Great Britain’s industrial revolution, begun in the previous century, gathered speed in the nineteenth century as capitalist entrepreneurs spurred the growth of industry and the railways. Engineers and builders throughout Britain were busy riveting huge iron beams or laying bricks and mortar. Never had there been such an explosion of building and money-making, turning Britain into the ‘workshop of the world’. Shipping crowded the ports; shipyards resounded the hammer’s ringing beat; workshops hummed with machinery; chimneys reeked with smoke; furnaces roared with flame. Pens scratched and coins chinked as commercial life flourished in offices and shops, large and small. Yet, this was achieved at great human cost. In Victorian Britain the master provided the employment; the servant gave his or her labour. People who did not or could not went hungry; there were no state benefits. Options for those who were unemployed were crime, begging or the workhouse. As a result, men, women and children alike were employed for excessively long hours, in conditions that were often harsh and squalid, to carry out tasks that were physically taxing and frequently dangerous. Hardship was especially marked in the mines, where technical progress came much more slowly than in the textile factories or engineering works. In mills and factories above ground, improvements were brought about by successive Factory Acts from 1819 onwards, several of which were owed to the great philanthropist Lord Shaftesbury. These acts reduced the hours that might be worked, imposed safety regulations and laid down basic requirements relating to working conditions. At the same time the labour force organised itself for its own protection, through the Trade Unions which grew in status and strength from the 1850 onwards.

Servants were essential ingredients in the new domesticity enjoyed by the middle and upper classes and jobs in service were desirable. Servants were usually clothed and fed well and, besides, there were few other employment opportunities for women. Girls entering service, often at 12, started as scullery maids, rising by stages to ladies’ maid or cook. Hours were long, but the advantages included company and An average middle-class household employed a cook, housemaid and maid-of-all-work as essential staff, with others hired for special occasions. Servants had a class structure of their own, from the lowest maid-of-all work up to the butler and cook. In a large house, servants would be under the overall supervision of the housekeeper and the cook ran the kitchen. The butler’s public duties were to receive visitors although his domain remained the pantry where food and drink were stored, and footmen waited at tables and helped with heavier duty jobs. Outdoor staff included gardeners, gamekeepers and grooms and coachmen in the stables.

Although leisure was a novelty for most, increasing numbers of Victorians found opportunities that their predecessors could not have had to enjoy themselves. The old country sports - fox-hunting, horse-racing, shooting or fishing - remained popular, but as the population became more urbanised, ball games such as football, cricket, tennis and hockey, grew in appeal amongst the middle classes. The less strenuous pleasures of town life also flourished. Theatre was characterised by melodrama, pantomimes and choral singing and the works of novelists and poets were eagerly devoured. Parlour games were also popular. The well-to-do flocked to the opera or ballet and art lovers argued the merits of the Pre-Raphaelite and Impressionist painters whilst the Arts and Crafts movement influenced many. The Victorians embraced Christmas too, turning a simple religious festival into the great family celebration we know today, adopting and inventing many of the familiar traditions. The dawn of the railways offered cheap trips to the seaside, opening up new experiences for many town dwellers. By the 1870s seaside resorts were sprouting all around the coasts, attracting day-trippers as well as holidaymakers and the Victorian seaside, epitomised by bandstands, street photographers, donkey rides, piers and Punch and Judy stalls, became an institution. 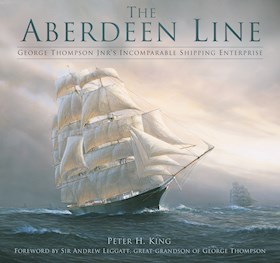