'You've Never Had It So Good!' 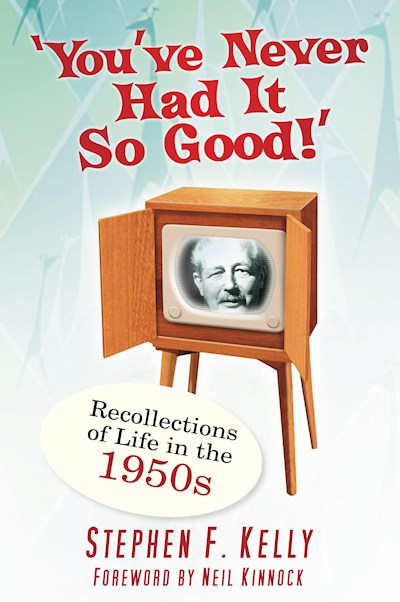 'You've Never Had It So Good!'

The 1950s saw a major shift in the lifestyles of many in Britain. The austerity that had dogged the 1940s after the end of the Second World War began to give way to better times. Employment levels rose to new heights, white consumer goods appeared in shop windows for the first time, television replaced the radio in most homes, rock and roll was born, the National Health Service provided free health care to the nation, more children went to grammar schools, leisure time increased, families went on holiday, and the new Queen was crowned — bringing in a glorious new Elizabethan age. Including interviews with former Labour leader Lord Neil Kinnock, footballers Bobby Charlton, Wilf McGuinness and Terry Venables, radio producer, author and journalist Clare Jenkins, and the eminent historian Lord Peter Hennessy, among others, this delightful compendium of reminiscences will appeal to all who grew up in this post-war decade, whether in town or country, wealth or poverty. With chapters on schooldays, TV and radio, trips to the seaside, music and fashion, these wonderful stories are sure to jog the memories of all who remember this exciting era.