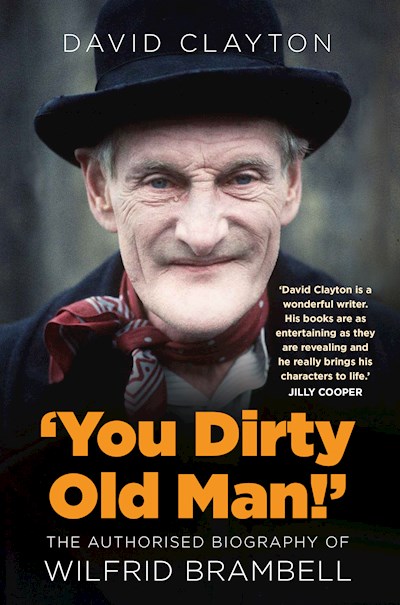 ‘You Dirty Old Man!’ is the first definitive account of one of Britain’s most loved and complex character actors, Wilfrid Brambell. It uncovers a life that was far from happy and content as perhaps it should have been. Despite being one of the stars of Steptoe and Son, which at its peak attracted 28 million viewers and made household names of him and his co-star, Harry H. Corbett, Brambell died a sad, lonely man. Having become a prisoner of his own success, and battling an inner turmoil that eventually drove him to drink, author David Clayton reveals how Brambell suffered unbelievable personal heartache as his marriage collapsed in the most painful, deceitful circumstances imaginable. His torment led to a secretive life off camera where he did everything he could to stay out of the public eye, while continuing his upward trajectory to become one of the country’s most loved character actors. Featuring original interviews with film directors Richard Lester, Terence Davies, Richard Curtis and Tony Palmer, as well recollections from his own family members, the family of Harry H. Corbett and as those who worked alongside him in his numerous roles on stage, TV and film, ‘You Dirty Old Man!’ seeks to restore the legacy of a man whose loyal fanbase remains undiminished sixty years on from his heyday.