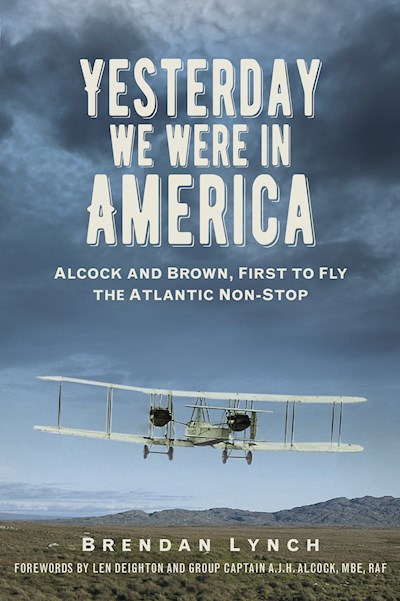 ON 14 June 1919 – eight years before Charles Lindbergh’s flight across the Atlantic – two men from Manchester took off in an open-cockpit Vickers Vimy and flew into the history books. They battled through a sixteen-hour journey of snow, ice and continuous cloud, with a non-functioning wireless and a damaged exhaust that made it impossible to hear each other. And then, just five hours away from Ireland and high above the sea, the Vimy stalled. Yesterday We Were in America is the incredible story of John Alcock and Arthur Whitten Brown, and how they gave hope to a post-war world that was in grave need of it.