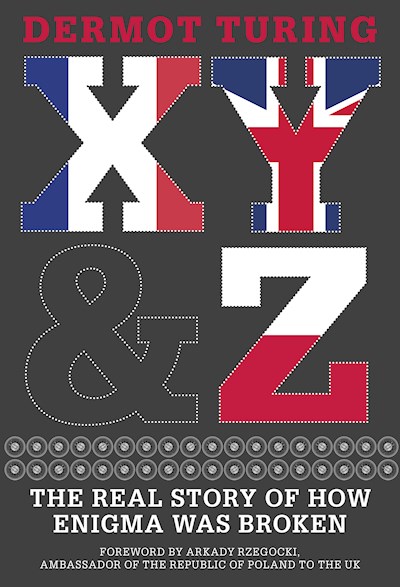 December, 1932 In the bathroom of a Belgian hotel, a French spymaster photographs top-secret documents – the operating instructions of the cipher machine, Enigma. A few weeks later a mathematician in Warsaw begins to decipher the coded communications of the Third Reich and lays the foundations for the code-breaking operation at Bletchley Park. The co-operation between France, Britain and Poland is given the cover-name ‘X, Y & Z’. December, 1942 It is the middle of World War Two. The Polish code-breakers have risked their lives to continue their work inside Vichy France, even as an uncertain future faces their homeland. Now they are on the run from the Gestapo. People who know the Enigma secret are not supposed to be in the combat zone, so MI6 devises a plan to exfiltrate them. If it goes wrong, if they are caught, the consequences could be catastrophic for the Allies. Based on original research and newly released documents, X, Y & Z is the exhilarating story of those who risked their lives to protect the greatest secret of World War Two.