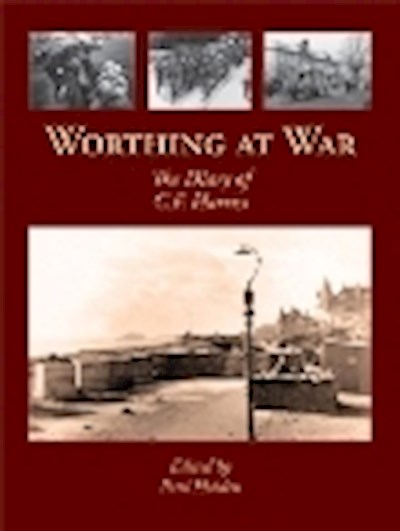 Of all the historical documents charting Worthing's past, few are more important than a wartime diary called 'Hotchpot', compiled with religious dedication by Broadwater resident C.F. Harriss. Mr Harriss was a retired lawyer who lived with his wife in Rectory Gardens throughout the Second World War, and his diary, now in the hands of West Sussex Library Service, charts in intimate detail the daily lives of people during this turbulent time. Mr Harriss hoped the giant tome, split into two volumes, would assist future historians attempting to probe through the mists of oblivion. He wrote, 'It was written at the time and so supplied an exact and vivid record of wartime life, a true and intimate example, in the colour of the moment, of what ordinary citizens felt, thought and said.' The diary is remarkable chiefly on account of Mr Harriss's literate and informed manner. As well as describing events in wartime Worthing, it provides what is almost certainly an accurate commentary on civilian morale as news of the progress of the war reaches a seaside town. _ e diarist is a 'character' and his personality inflects his account, but he is above all knowledgeable and articulate and his daily entries are a pleasure and an education to read.