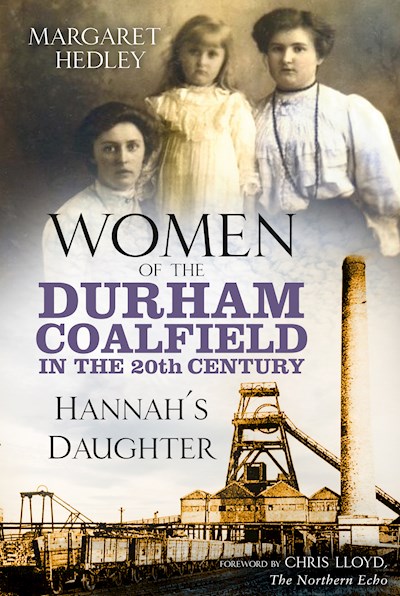 Life in the early twentieth-century coalmining communities changed very little for the women who dedicated their lives to their miner husbands. The women’s working days were much longer than the miners, who typically worked an 8-hour shift. Their living conditions were poor and lack of investment by the coal owners greatly challenged their homemaking skills as they faced life without many basics, such as clean water and sewerage systems. Health services were slow to develop and women’s health was only just beginning to be of some importance to the medical profession.

Coal-miner wives in the twentieth century also had to cope with demands put upon their families by the First World War, which highlighted the importance of solidarity, a feature of mining communities that had proved itself to be at the heart of colliery village life.

This follow-up book to the popular Women of the Durham Coalfield in the 19th Century continues with the story of Hannah’s daughter as she negotiates homemaking in the most challenging of conditions.