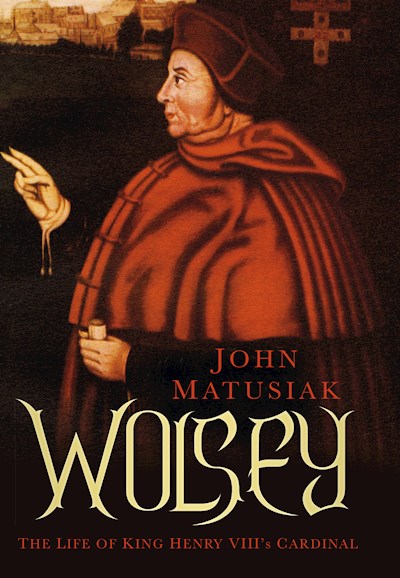 Cardinal Wolsey is a controversial figure: a butcher’s son, a man of letters and the Church, a divisive political expert, a man of principle – yet, to some, an arrogant upstart. As Lord Chancellor to the incorrigible Henry VIII he achieved much both at home and abroad, but his failure to achieve the mighty monarch’s divorce from Catherine of Aragon saw him brought to his knees. John Matusiak explores the pragmatic cardinal’s life and career to uncover a man of contradictions and extremes whose meteoric rise was marked by an equally inexorable descent into desperation, as he attempted in vain to satisfy the tempestuous master whose ambition ultimately broke him. Far from being another familiar portrait of an overweight and overweening spider or cautionary tale of pride preceding a fall, this is the gripping story of how consummate talent, noble intentions and an eagle eye for the main chance can contrive with the vagaries of power politics to raise an individual to unheard of heights before finally consuming him.