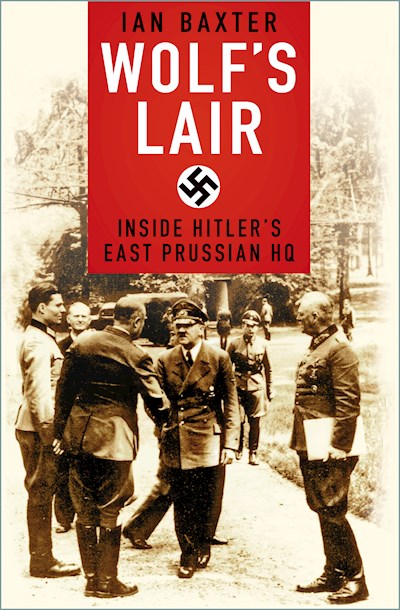 From the infamous Wolf’s Lair, decisions were made and orders given that would play a vital part in the outcome of the Second World War. Seeking to reveal the truth, Ian Baxter examines and analyses the inner workings of Hitler’s secret headquarters, using not just archival resources but also contemporary writings from the Führer’s closest personal staff and associates.

It was in these claustrophobic bunkers of the Führerhauptquartiere that war-changing conversations took place, but the Führer would also stroll through the headquarters and chat to workmen labouring over its defences. Through the location of the Wolf’s Lair, Baxter is able to track Hitler’s triumphs and ultimate demise as fortune turned against his forces, and as he stood uncowed in the face of the unsurpassable enemy and his own deteriorating health.h