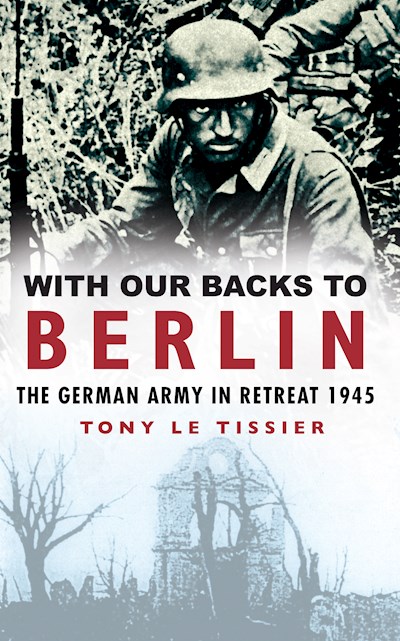 ‘An excellent collection of ten semi-short stories of soldier’s experiences in that grand battle . . . This is a stunning account of the Battle for Berlin.’ Thomas Ham, Axis History Forum

In the final months of the Second World War, the German Army was in full retreat on both its Western and Eastern Fronts. British and American troops were poised to cross the River Rhine in the west, while in the east the vast Soviet war machine was steamrolling the soldiers of the Third Reich back towards the capital, Berlin. Even in retreat, the German Army was still a force to be reckoned with and vigorously defended every last bridge, castle, town and village against the massive Russian onslaught.

Tony Le Tissier’s interviews provide access to vivid first-hand accounts of the fighting retreat. The dramatic descriptions of combat are contrasted with insights into the human dimension of these desperate battles, reminding the reader that many of the German soldiers whose stories we read shared similar values to the average British ‘Tommy’ or the American GI. With Our Backs to Berlin is a fascinating read for anyone interested in the final days of the Second World War.