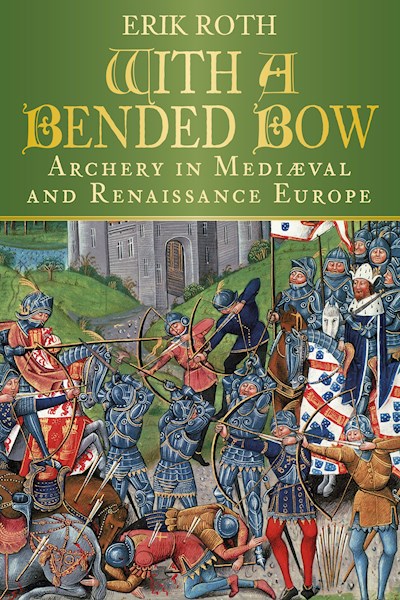 Archery is one of mankind’s most ancient skills and the bow was Europe’s most important weapon for centuries. English archers in the Hundred Years War sometimes outnumbered men-at-arms by as many as ten to one. With a Bended Bow covers all aspects of the manufacture of ‘artillery’, the shooting styles and the uses of mediaeval and Renaissance archery based upon contemporary manuscripts, preserved artefacts and accurate reproductions. The book is in two parts. The Guilds considers bows and arrows and their manufacture, for citizens and for the crown. The Archers is about the use of bows in practice, in hunting, and in warfare. The book is illustrated throughout with mediaeval illustrations and line drawings by the author. Over the past ten to fifteen years, there has been an explosion of interest in mediaeval history and ‘primitive’ or instinctive archery. Re-enactment groups have mushroomed in the United States and Canada, New Zealand, Great Britain and continental Europe. This book answers many questions asked by members of such groups and by those with an interest in the Mediaeval period. How were bowstrings attached? How long were clothyard arrows? Were laminated bows used? Were bow sights used? What kind of targets were made? Did combat archers actually shoot accurately, or just rely on mass volleys? With a Bended Bow is a significant contribution to our understanding of the Middle Ages.