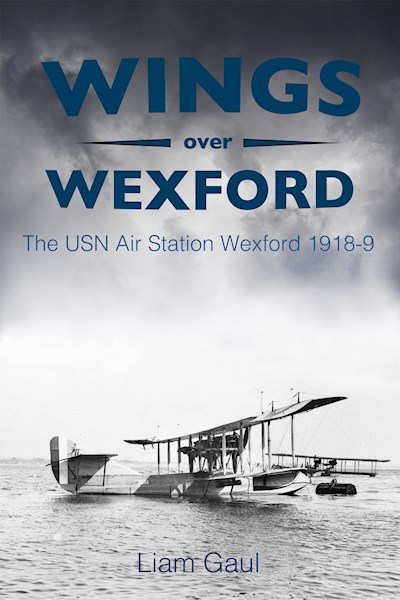 In 1918, during the final year of the First World War, the USN had a force of over 400 sailors and 22 officers and 4 Curtiss H16 seaplanes based in at Ferrybank, Wexford. The base was a veritable village with accommodation, hospital, medics, post office, YMCA Hall, radio towers, electricity generating plant and very large aircraft hangers. Although only operational for a limited period, its impact on the town of Wexford was considerable and its achievements in the global conflict were significant, protecting shipping, both naval and commercial, from the German u-boats. To mark the impending 100-year anniversary of this base, this book by local historian Liam Gaul recalls this often-overlooked aspect of Ireland’s involvement in the First World War.