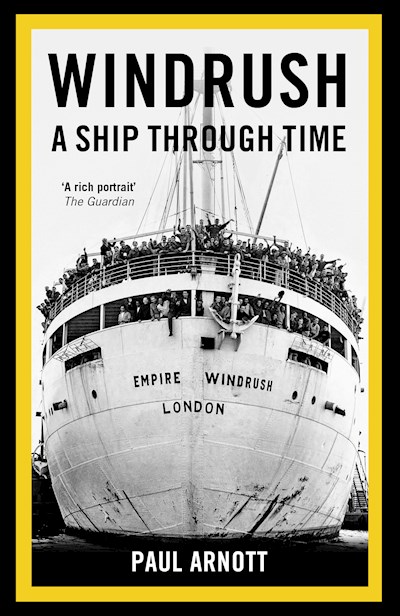 Norway, 1940. The Monte Rosa is sent to assist the dreaded Tirpitz as she bombards British ships.

Auschwitz, 1942. Forty-six Jews wait at the gates, after the Monte Rosa had transported them from Oslo.

Kiel, 1945. The Monte Rosa is captured by the British and given a new name: Empire Windrush.

London, 1948. The Empire Windrush docks in England, carrying 600 migrants from the Caribbean.

In Windrush: A Ship Through Time, Paul Arnott explores the epic story of a vessel that played a part in some of the most momentous events of the twentieth century, and whose fateful 1948 voyage continues to have consequences – both personal and political – today.