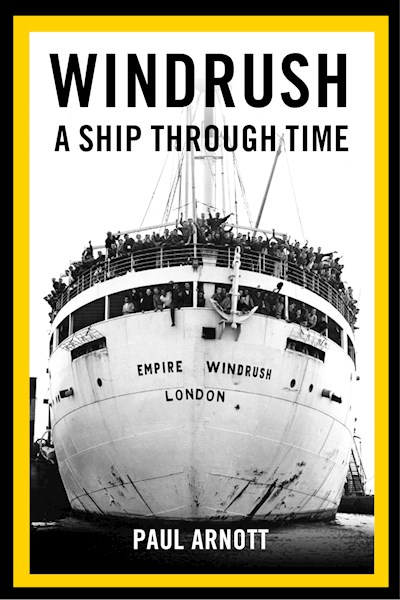 Hamburg, 1930. The German-Jewish shipbuilders Blohm & Voss build a transatlantic ocean cruiser that they christen the Monte Rosa. Norway, 1940. The Monte Rosa is sent to the fjords to assist the dreaded Tirpitz as she bombards British ships. Auschwitz, 1942. Forty-six Jews wait at the gates, after the Monte Rosa had transported them from Oslo. Kiel, 1945. The Monte Rosa is captured by the British and given a new name: the Empire Windrush. London, 1948. The Empire Windrush docks in England, carrying 600 migrants from the Caribbean. In Windrush: A Ship Through Time Paul Arnott explores the epic story of a vessel that played a part in some of the most momentous events of the twentieth century, and whose fateful 1948 voyage continues to have consequences – both personal and political – today.