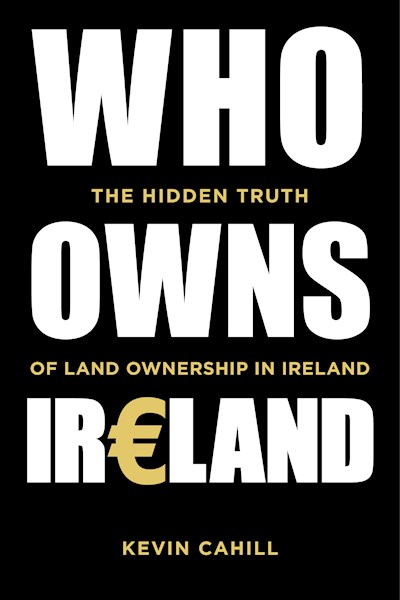 It is the barbed wire entanglement that tortures yet frees in the long story of this small island on ‘the dark edge of Europe’. It defined the national struggle for independence far more than any other single issue. The famine between 1845 and 1850 killed a million of the island’s population of 8 million and drove another million into exile. This event chopped Irish history in half, demonstrating as nothing else could that without security of tenure for a normal life span you were at the mercy of landowners. This book is not about the famine, but about the key event that followed it: the extraordinary redistribution of land from mainly aristocratic landed estates to small farmers. This redistribution took over 150 years, from famine’s end to the closure of the Land Commission in 1999, and was achieved with some civility and far less violence than the actual independence struggle itself. Who Owns Ireland is a startling expose of Ireland’s most valuable asset: its land. Kevin Cahill’s investigations reveal the breakdown of ownership of the land itself across all thirty-two counties, and show the startling truth about the people and institutions who own the ground beneath our feet.