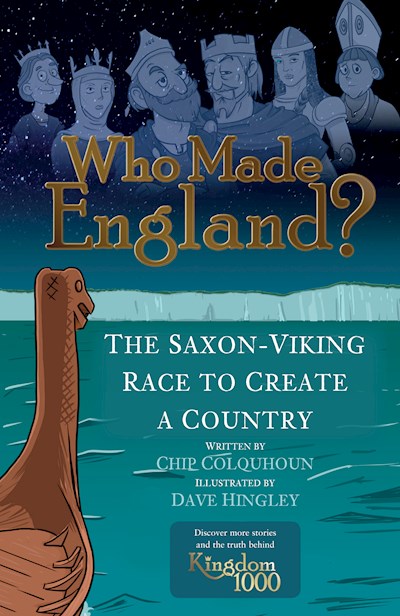 Did you know that English people were around before the country of England was invented? It’s true: just over 1,000 years ago, English people lived in several smaller kingdoms all over the island of Britain. A Saxon king called Alfred is famous for starting to bring these kingdoms together into one country – but who finished the job? Another Saxon king? A monk? Or was it... a Viking? In this fantastically illustrated and interactive book, storyteller Chip Colquhoun explores fact and folklore to see what they tell us about the birth of a country. What makes a nationality? Who are the English? Did these stories really happen, or did someone make them up? After investigating these tales of deadly battles, singing kings and miraculous queens, can you work out Who Made England?