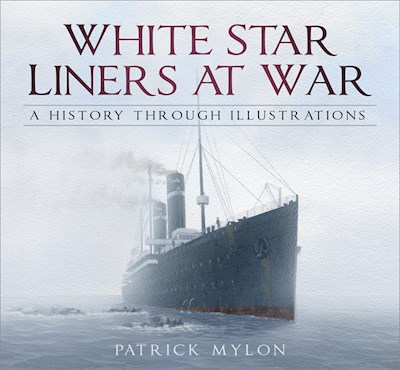 During the history of the White Star Line there were two international disputes – the Boer Wars and the First World War. White Star Line vessels valiantly served in both, including the Big Four: Celtic, Cedric, Baltic and Adriatic. After the merger of White Star with Cunard in 1934, several of the company’s vessels served once again in the Second World War, helping move people and supplies around the world. Sadly, not all vessels returned from conflict, with many beautiful liners lost while performing their duty, but behind every engagement and wreckage there are tales of great heroism and endeavour. Here, author and collector Patrick Mylon has compiled the first book to concentrate on what happened to the White Star ships during wartime, weaving together ship histories and human stories to create a poignant and evocative book filled with rare imagery.