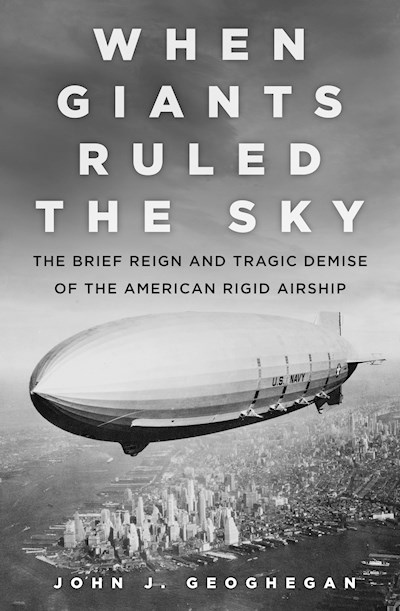 Almost everything you know about airships is wrong.

Between 1917 and 1935, the US Navy poured tens of millions of dollars into their airship programme, building a series of dirigibles each one more enormous than the last. These flying behemoths were to be the future of long-distance transport, competing with trains and ocean liners to carry people, post and cargo from country to country, and even across the sea. But by 1936 all these ambitious plans had been scrapped.

When Giants Ruled the Sky is the story of how the American rigid airship came within a hair’s breadth of dominating long-distance transportation. It is also the story of four men whose courage and determination kept the programme going despite the obstacles thrown in their way – until the Navy deliberately ignored a fatal design flaw, bringing the programme crashing back to earth. The subsequent cover-up prevented the truth from being told for more than eighty years.

Now, for the first time, what really happened can be revealed.