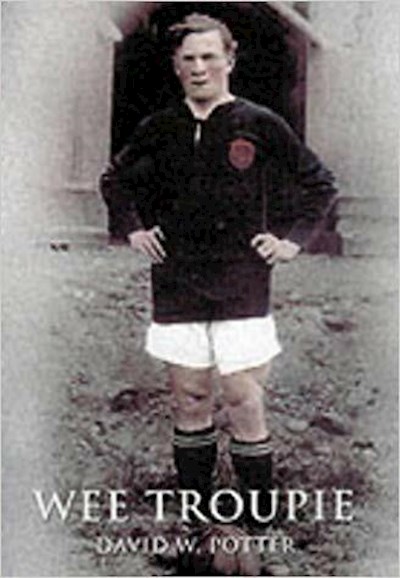 Alec Troup, known to his many fans as 'Wee Troupie' due to his small stature, played for Forfar Athletic, Dundee, Everton and Scotland from 1914 until 1933. His sparkling play, gentlemanly demeanour, good humour and extremely likeable personality undoubtedly brightened up many a troubled heart in the dark days of the First World War and the years that followed. Indeed, he became a real hero of the people at a time when such role models were in great demand to rouse the population's spirits. Troup was an extremely talented player and he was awarded 5 caps for Scotland during his career, playing in internationals against all the home nations. However, he is arguably more famous for being the man who 'made' Dixie Dean. As the man on the opposite flank who supplied many of Dean's goal-scoring opportunities, Troup's involvment in Dean's great footballing achievements - in particular his record 60 goals in a season for Everton - is second to none. This highly entertaining biography, lovingly researched by one of Troup's greatest admirers, the well-known Scottish football historian David Potter, features many details and anecdotes about Troup's career, from an early case of maternal football hooliganism in 1914, through the glory days at Dundee and Everton, to his life after retirement of the game. Lavishly illustrated with many photographs - some of which have never before been published - cigarette cards and cartoons, these all help to tell the fascinating story of one of Scottish football's smallest giants: Wee Troupie.