We Will Not Go to War 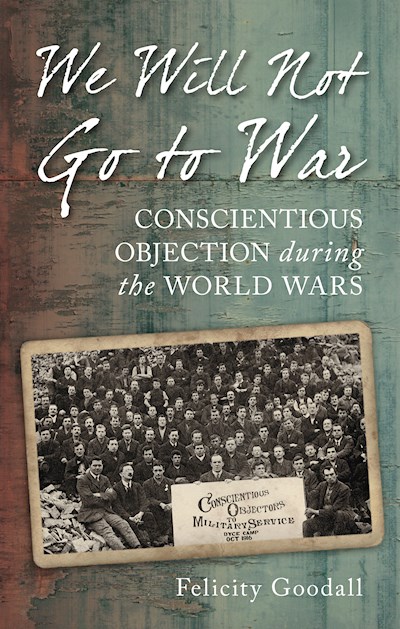 We Will Not Go to War

During the First and Second World Wars thousands of men and women refused the call to arms. Reviled, starved and beaten, theirs was a battle of conscience. In the First World War, seventy-three conscientious objectors died as a result of their treatment, and hundreds more were imprisoned. During the Second World War, many conscientious objectors performed other, non-combatant duties with great heroism, including bomb disposal, and joining the fire service and ambulance crews. Unable to turn a blind eye to the dark realities of war, these men and women, who came from all classes and backgrounds, wrestled with their moral values, and their struggles, motivations and stories are brought together in this moving and challenging history of war’s outcasts.