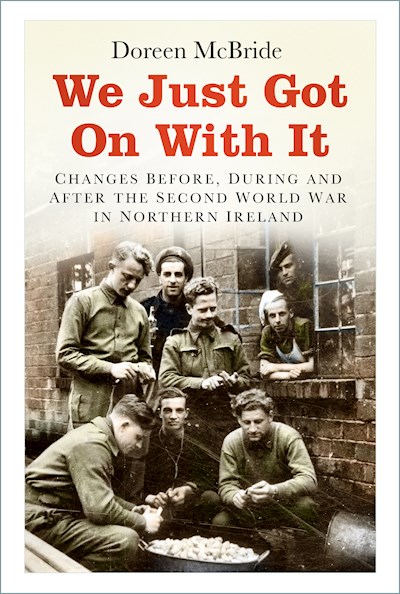 ‘But we will do what we have always done – just get on with it.’

The contributions of Northern Ireland to allied efforts in the Second World War are widely celebrated, acknowledged by both Sir Winston Churchill and Theodore Roosevelt as vital to their eventual victory. Lesser known are the personal and individual lives of the people who made those contributions – the human cost and the everyday lives that would be changed forever.

In We Just Got On With It, Doreen McBride gathers stories and interviews conducted and written by local historians and historical societies. From essential agricultural work to the sunken German submarine fleet that surrendered on the banks of Lough Foyle, and from childhood smuggling adventures to the devasting destruction of bombing raids, these are tales of humour and tragedy from those who have stories to tell.