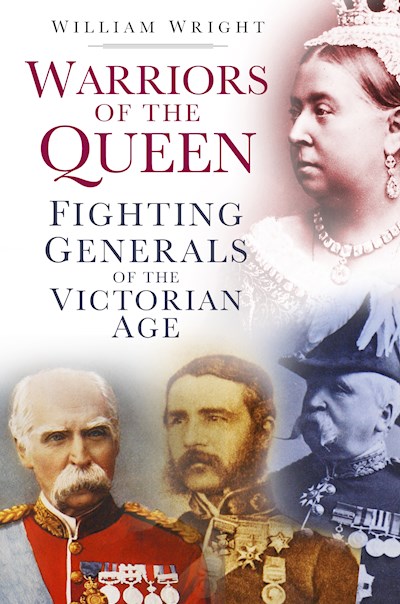 Who were the men who commanded the British Army in the numerous small wars of the Victorian Empire? Today, many are all but forgotten, save the likes of Cardigan, Kitchener, Baden-Powell and Gordon of Khartoum. Yet they were a disparate and fascinating assemblage, made up of men of true military genius, as well as egoists, fools and despots. In Warriors of the Queen, William Wright surveys over 170 of these men, examining their careers and personalities. He reveals not only the lives of the great military names of the period but also of those whom history has overlooked, from James ‘Buster’ Browne, who once fought a battle in his nightshirt, to Jack Bisset, who had fought in three South African wars by his twenty-third birthday. Based on original research and complemented by over sixty photographs, Warriors of the Queen provides new insight into the men who built (and sometimes endangered) the British Empire on the battlefield.