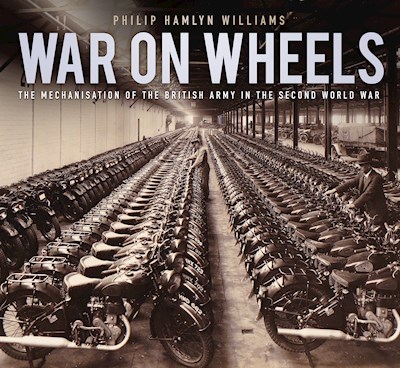 During the Second World War the British Army underwent a complete transformation as its number of vehicles grew from 40,000 to 1.5 million, ranging from tanks and giant tank transporters to jeeps, mobile baths and offices, and scout cars. At the same time, the way in which the army was provided with all it needed was transformed – arms and ammunition, radio, clothing and places to sleep and wash. In this fascinating volume, Philip Hamlyn Williams makes extensive use of archival material and first-hand accounts to follow some of the men and women who mechanised the British Army from the early days at Chilwell, through the near disaster of the BEF, the Desert War and the Italian invasion, to preparations for D-Day and war in the Far East. Stunningly illustrated throughout, War on Wheels explores the building of the network of massive depots across the UK and throughout the theatres of war that, with creative input from the UK motor industry, supplied the British Army. It is truly an impressive work to be enjoyed by anyone intrigued by the machines and logistics of the British Army in the Second World War.