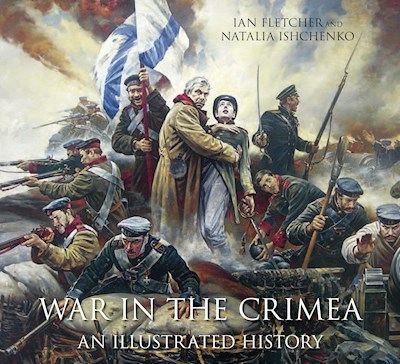 On 28 March 1854 Queen Victoria’s government announced that Britain was at war with Russia, and British troops made ready to sail to the Crimea. The Crimean War is considered to be the first modern conflict, and the first to be comprehensively photographed. This illustrated history gives a unique pictorial insight into the war, presenting photographs from one of the early pioneers of photography, Roger Fenton, alongside artist William Simpson, the Russian painters Timms and Rubio, and pictures from The Illustrated London News and Punch. When Roger Fenton travelled to the Crimea in February 1855 he began to compile a collection of portraits of officers and units, and of the camps and locations within the Allied lines, providing posterity with the first accurate pictorial record of life on campaign. These invaluable photographs bring to life a war that would otherwise be as remote as that which ended forty years earlier at Waterloo. The conflict was also wonderfully recorded by the 31-year-old artist, William Simpson, who travelled to the Crimea ostensibly to record the capture of Sevastopol, but ended up producing eighty superb illustrations that were published in two series in 1855. Although Simpson produced only lithographs, his work proved as valuable as Fenton’s, covering all aspects of the war, both on land and at sea. With each picture placed into clear historical context by the authors, and with the inclusion of Russian paintings and artwork from periodicals of the day, this volume makes for an interesting and thoughtful pictorial history of the war in the Crimea.

Give Them a Volley and Charge! 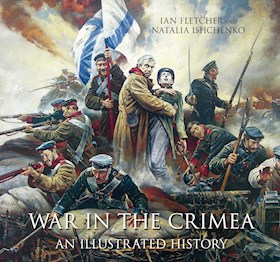