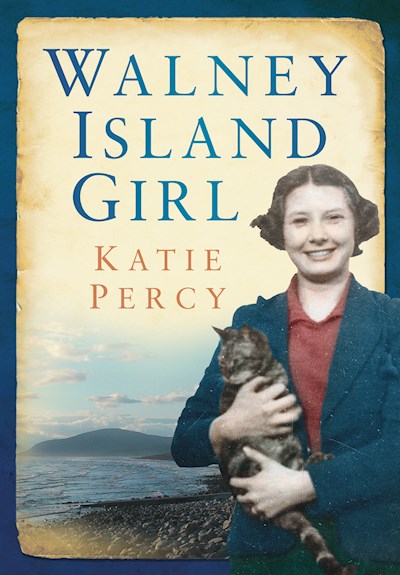 Walney Island, lying just off the Furness Peninsula, is just 11 miles long and covers 5 square miles. Mentioned in the Domesday Book, the island was only sparsely populated until the Jubilee Bridge was built in 1908; before this there was a ferry. Now home to over 13,000 people, Walney still retains the feeling of ‘a place apart’. Born in 1920 and brought up on Walney Island, Katie Percy has recorded her early memories which illustrate the reality of everyday life in England before the Second World War. Evocative and moving, Katie’s memoir describes her struggle as one of seven children in a poor family, living in a draughty caravan in a farmer’s field. Katie had to grow up fast: she would take on a plethora of chores for her mother, taking care of her siblings and foregoing her own leisure time – not that there was any money for treats. Katie left school at fourteen and worked as a domestic in a pub, enduring a horrendous workload and her boss, the overbearing landlady, for a pittance of pay. Later, at the beginning of the war, she was called up to work at Barrow Steelworks, where her insurrection caused a strike among the female workforce. Walney Island Girl is a charming memoir, full of eloquent recollections of family, friends and neighbours