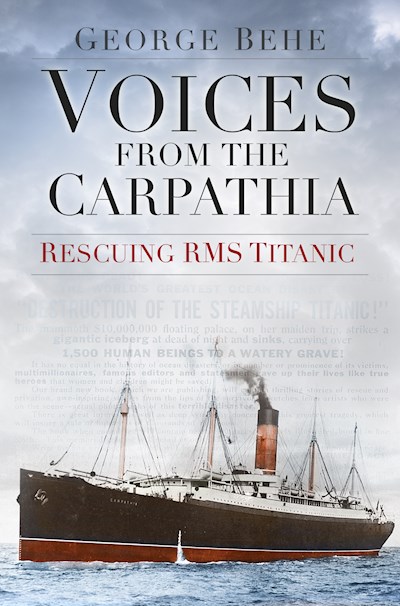 When Titanic began sending out distress calls, one of the first to reply was the Cunard liner Carpathia. As it turned out, Carpathia was the only vessel to reach the scene in time to save the lives of any of Titanic’s passengers, and, after she arrived in New York, reporters crowded the pier and vied with each other to obtain interviews with the survivors of the disaster. In their zeal to interview survivors, though, the reporters brushed past other people who could have provided their own eyewitness accounts – namely, Carpathia’s own passengers, largely left to their own devices as to how and when they discussed their participation in events. A few wrote letters to relatives, others wrote accounts intended for publication. The author’s collection of these rare written accounts and interviews sheds new light on the tragic way the lives of so many were impacted by the loss of the largest passenger liner in the world.