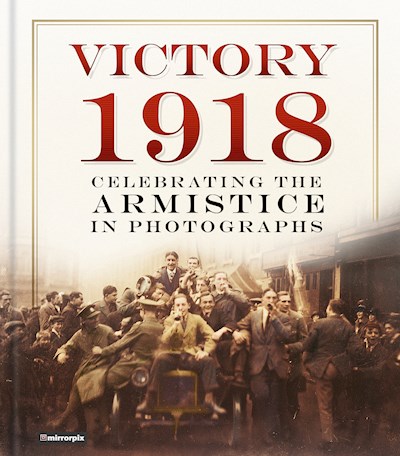 Eleven o’clock on the morning of 11 November 1918 was the end of an era. It marked the end of the bloody fighting and worldwide loss that characterised the First World War. It was finally time to set aside sadness and mourning as best the world could, and begin to celebrate and commemorate. In 120 black and white images from Mirrorpix’s formidable photograph archive, Victory 1918 provides a vivid look at the 1918 Armistice, from exhausted relief and vindication on the front line to jubilation on the streets of London and France. Fully up to date with remembrance ceremonies over the past 100 years, it is a book that celebrates the close of one of the world’s most catastrophic wars.