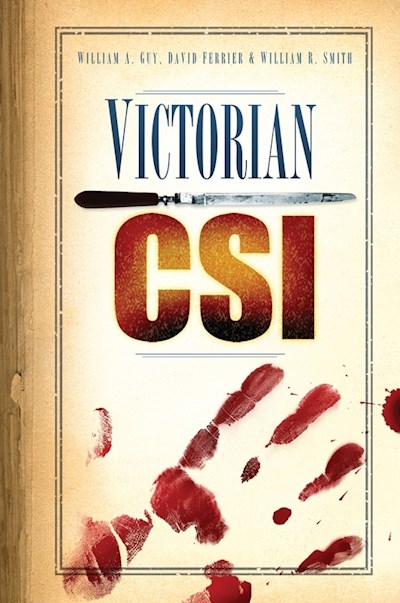 The first edition of William A. Guy's "Principles of Forensic Medicine" was published at the start of Victoria's reign; the final edition, from which these selections derive, was published towards the end, just a few years after the Whitechapel horrors had pushed the emerging science to the forefront of the public's consciousness. With this guide in hand, a detective could tell whether the victim had suffocated, drowned, been shot, stabbed, or struck by lightning, spontaneously combusted, frozen to death or expired due to starvation - or, as the guide warns, was not dead at all, but simply in a state of 'suspended animation'. Suggestions include examining the face of the deceased for an 'expression of angry resistance', a clear indication of murder, and studying the demeanour of the nearest and dearest in cases of suspected 'secret poisoning'. With original woodcuts, case studies and notes on identifying the corpse and walking the crime scene, "Victorian CSI" will fascinate lovers of crime fiction and of true crime alike.