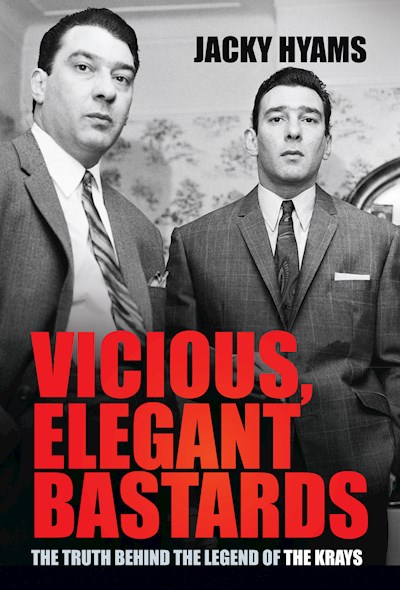 They ruled the streets of London in the 1960s. Half a century later, Ronnie and Reggie Kray, unrepentant purveyors of violence and murder, hold more fascination than ever before. Portrayed as charismatic gangsters on the big screen, the saga of the twins, their firm and their thirty-odd years behind bars is one that is determinedly and deliberately embellished with every passing year. Yet it is only recently that the stark, unvarnished truth about the twins has started to emerge after being so cunningly concealed behind the façade of charitable deeds and East End loyalties. Bestselling author Jacky Hyams has carefully re-examined some of the stories, the lies and the myths to reveal a very different portrait of the twins and those closest to them. She reveals the complexity of their relationships and their closest bonds, and contests the police’s belief that Ronnie Kray senselessly murdered ‘one of their own’. Ronnie Kray is said to have described he and his twin as ‘vicious, elegant bastards’. It is one of the few truths ever uttered by either of them.