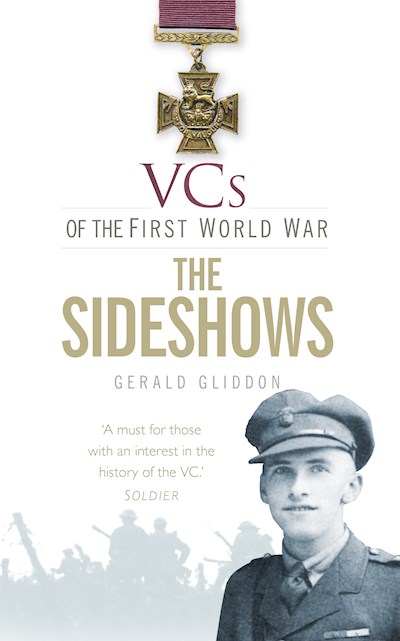 The thirteenth and final volume of the ‘VCs of the First World War’ series features the lives and careers of forty-six servicemen who won the coveted Victoria Cross in theatres of war – or ‘Sideshows’, as they became known – beyond the Western Front and Gallipoli. Opening with the stories of four VC winners who took part in the prolonged struggle to drive the German Army out of East Africa, VCs of the First World War: The Sideshows goes on to tell the stories of the two Indian Army winners of the VC defending the North-West Frontier. Finally, it covers the campaigns against the Austro–German forces in Italy; securing the oil wells in Mesopotamia (later Iraq); defending the Suez Canal and attacking the Ottoman Army in Palestine and lastly serving in Salonika in the Balkans. Each VC winner’s act of bravery is recorded here in intricate detail, together with the background of the men and their lives after the war – if they survived.