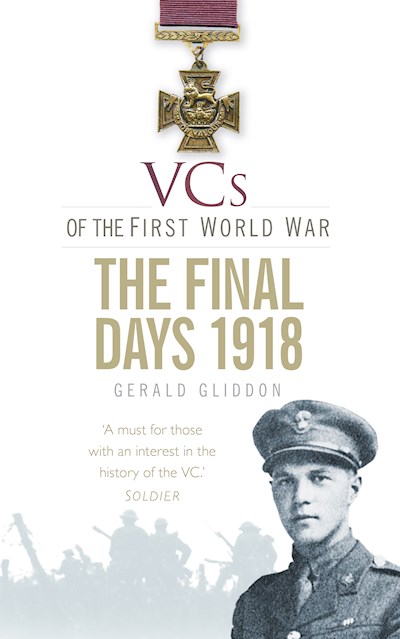 The latest volume in the series covering the final days of the war on the Western Front from the Allied Armies being poised to capture the Hindenburg Line to the Armistice on 11 November 1918. The book opens with the stories of seven VC-winners who took part in the Battle of the Canal du Nord on 27 September 1918. Despite enemy resistance, the British First and Third Armies advanced six miles, leading eventually to the successful capture of Cambrai. The last period of the war became a series of battles to capture a series of river lines. From the Battle of the Canal du Nord until Armistice Day, a period of just under six weeks, a total of 56 VCs were won in the victorious Allied advance. The VC winners came from France and Canada as well.