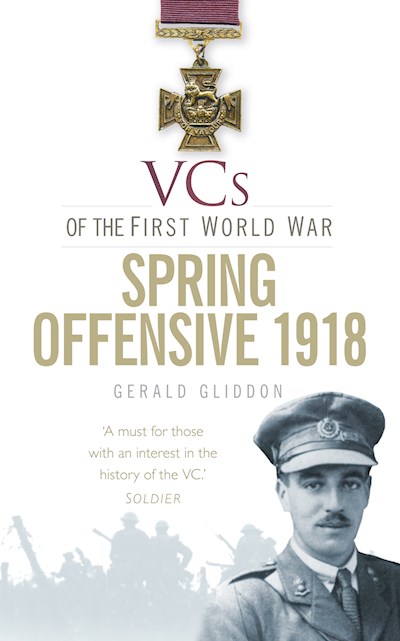 At the end of 1917, after three years of trench warfare on the Western Front, the Allied armies of Britain and France, and those of their main opponent, Germany, had reached a point of exhaustion and hibernation. On March 21 1918, the German Army launched a massive assault on the Western Front, hurling fifty-nine divisions into battle against the British Fifth Army, smashing through British lines and advancing 40 miles per week. More offensives were to follow throughout the spring, including at Aisne and Marne, with the aim of ending the war before American forces could reach the Continent and reinforce the Allied lines. Nevertheless, although the German Army left the British Army reeling, the Tommies retreated in good order and fought all the way. It was during these bloody battles, which lasted until July 1918, that fifty-seven men stood out for acts of extraordinary daring and bravery. To these men the highest military honour was awarded – the Victoria Cross. This book reveals the true extent of their bravery, their backgrounds and their lives after the war.