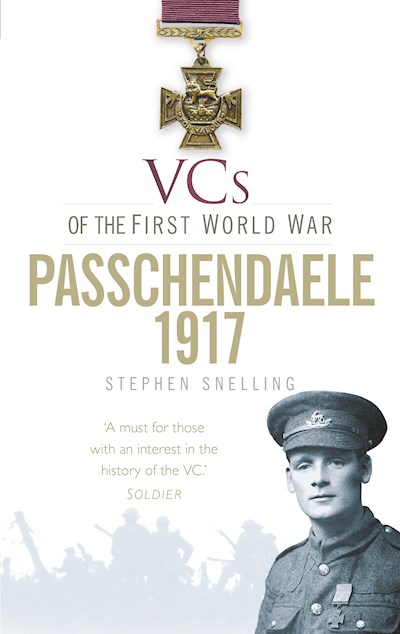 Of all the costly campaigns fought across the Western Front during the First World War, none strikes a more chilling chord than Passchendaele. Even now, more than ninety years on, the very mention of the name is enough to conjure up apocalyptic images of desolation and misery on a quite bewildering scale – humanity drowning in a sea of mud. Passchendaele has come to serve as a symbol of the folly and futility of war, chiefly remembered for its carnage and profligate waste of human lives. It also stands as testament to the endurance and extraordinary courage displayed by men of all ranks and nationalities. During the 3 ½ month long struggle, which claimed the lives of more than 60,000 British and Commonwealth servicemen, 61 men were adjudged to have performed deeds worthy of the Empire’s highest award for valour – the Victoria Cross. Men from Australia, Canada, New Zealand and South Africa were among their number, alongside men from England, Ireland, Scotland and Wales. They came from all walks of life, counting humble privates and, for the first time, a general among their ranks. This is a lasting memorial to a body of men who deserve to be numbered among the bravest of the brave.