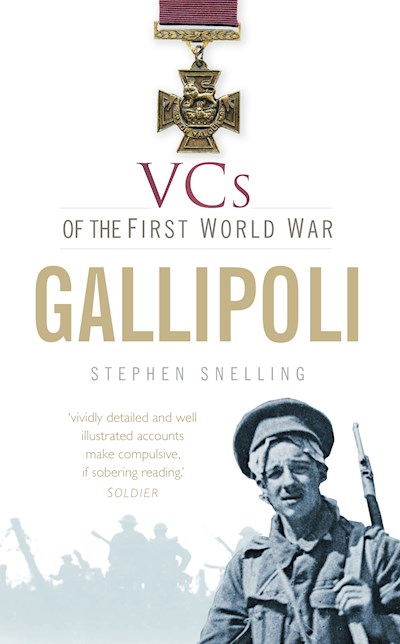 The landings on the Gallipoli Peninsula on 25 April 1915 represented the greatest amphibious operation carried out during the course of the First World War. What had initially been a purely naval enterprise had escalated to become a full-scale Anglo-French invasion, resulting in an eight-month campaign which Churchill hoped would knock Turkey out of the war. For a campaign that promised so much, it ultimately became a tragedy of lost opportunities. By January 1916, when the last men were taken off the peninsula, the casualties totalled 205,000. This book tells the stories of the 39 men whose bravery on the battlefield was rewarded by the Victoria Cross, among them the war’s first Australian VC, first New Zealand VC, and first Royal Marine VC. It represents the highest number of VCs won in a theatre of war, other than the Western Front.