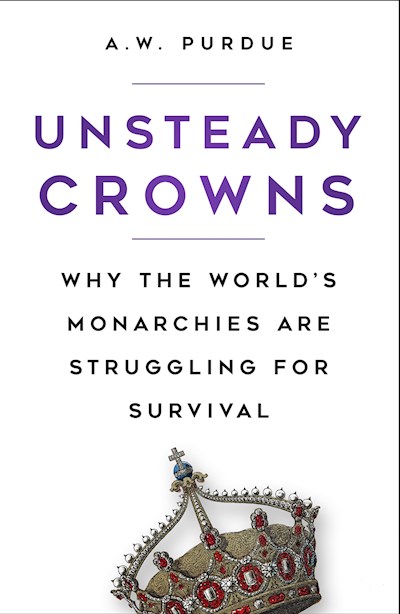 War and austerity, unrest and revolution: the institution of monarchy has remained stalwart through every challenge levelled at it, but just what is its role and how secure is its future in our modern society? At the beginning of the twentieth century, monarchy was by far the most common form of government: emperors sat on the thrones of Germany, Austria–Hungary, Persia, Japan, China, Russia and the Ottoman Empire, while there were kings of Bulgaria, Serbia, Italy, Romania, Greece, Korea and Cambodia. After he lost his throne in 1952, King Farouk of Egypt predicted that by the end of the century there would be only five kings: the kings of hearts, aces, clubs and spades, and the King of England. That prediction has not come true, for there remain monarchs across the globe. The number of monarchies has appreciably diminished, yet the idea continues to have allure. In Unsteady Crowns, historian A.W. Purdue explores the important role played by monarchies as agents of continuity, guarding and representing the national ethos, and brings the story up to date in a fully revised second edition, exploring the roles of celebrity, rivalry, and much more in monarchies worldwide.