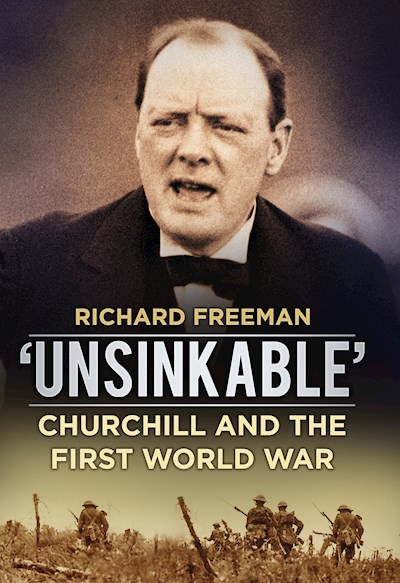 ‘Unsinkable’ is the story of a man unjustly vilified: Churchill in the First World War. His enemies – the Tory Party – censured him for Antwerp, the Dardanelles and Gallipoli. He could do no right and was regarded as a dangerous maniac. But the true story is quite the opposite. This book tells how, as a brilliant First Lord of the Admiralty, Churchill was ousted by his enemies yet clawed his way back to power against all odds. He was the leading critic of senselessly sending men to march towards machine guns, but his calls for ‘machines, not men’ went unheeded. After a spell in the trenches, he returned to London to clear his name over the Dardanelles. Then he relentlessly fought his way back to power through his brilliant, incisive criticism of the land war. Churchill finally became Munitions Minister in 1917, where he pushed output to unimagined levels. His weapons delivered the victory that had eluded others for the previous three years. Drawing on the private correspondence of Asquith, Churchill, Clementine Churchill and others, and the diaries of Riddell and Hobhouse, author Richard Freeman tells the story of the 'unsinkable politician’ and his extraordinary achievements during the Great War.