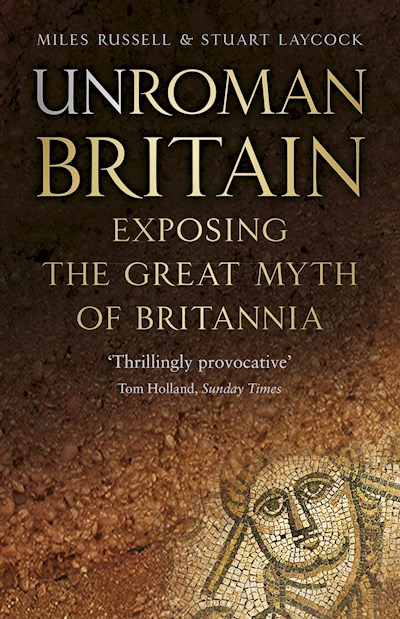 When we think of Roman Britain we tend to think of a land of togas and richly decorated palaces with Britons happily going about their much improved daily business under the benign gaze of Rome. This image is to a great extent a fiction. In fact, Britons were some of the least enthusiastic members of the Roman Empire. A few adopted roman ways to curry favour with the invaders. A lot never adopted a Roman lifestyle at all and remained unimpressed and riven by deep-seated tribal division. It wasn't until the late third/early fourth century that a small minority of landowners grew fat on the benefits of trade and enjoyed the kind of lifestyle we have been taught to associate with period. Britannia was a far-away province which, whilst useful for some major economic reserves, fast became a costly and troublesome concern for Rome, much like Iraq for the British government today. Huge efforts by the state to control the hearts and minds of the Britons were met with at worst hostile resistance and rebellion, and at best by steadfast indifference. The end of the Roman Empire largely came as 'business as usual' for the vast majority of Britons as they simply hadn't adopted the Roman way of life in the first place.