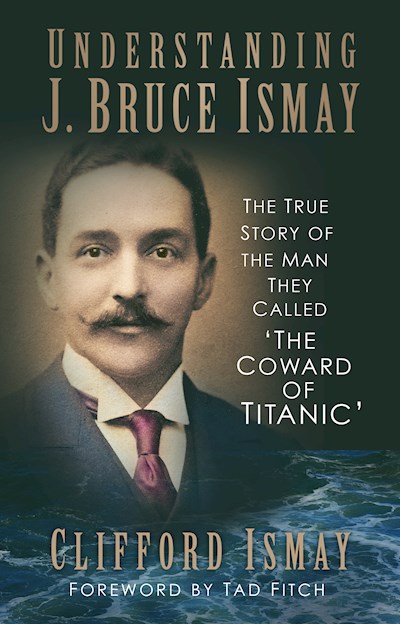 Following the Titanic disaster, Bruce Ismay was savaged by both the British and American press for deserting the ship while women and children were still on board. Some papers called him the 'Coward of the Titanic' or 'J. Brute Ismay', and suggested the White Star flag be changed to a 'yellow liver'. History has portrayed Bruce Ismay as a cold, heartless character who showed little compassion for others. Clifford Ismay’s new book explores the life and motives of this misunderstood character and how he was shaped by his family background, delving into letters and diaries, and revisiting the public enquiries, to reveal a shy, compassionate man, who walked Titanic’s boat deck for over two hours, assisting with preparing and loading the lifeboats before finding a spare seat in the last lifeboat to be successfully lowered from the starboard side, and who possibly suffered with PTSD for the rest of his life.