Under the Bloody Flag 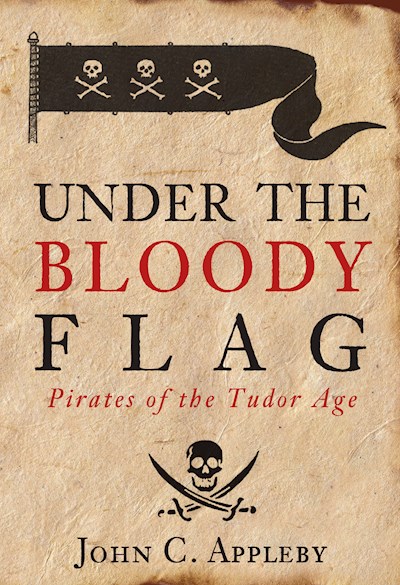 Under the Bloody Flag

Long before Blackbeard, Captain Kidd and Black Barty terrorised the Caribbean, the seas around the British Isles swarmed with pirates. Thousands of men turned to piracy at sea, often as a makeshift strategy of survival. Piracy was a business, not a way of life. Although the young Francis Drake became the most famous pirate of the period, scores of little-known pirate leaders operated during this time, acquiring mixed reputations on land and at sea. Captain Henry Strangeways earned notoriety for his attacks on French shipping in the Channel and the Irish Sea, selling booty ashore in south-west England and Wales. John Callice, and his associates, sailed in consort with others, including another arch-pirate, Robert Hicks, plundering French, Spanish, Danish and Scottish shipping, in voyages that ranged from Scotland to Spain. The first British pirates led erratic careers, but their roving in local waters paved the way for the more aggressive and ambitious deep-sea piracy in the Caribbean.