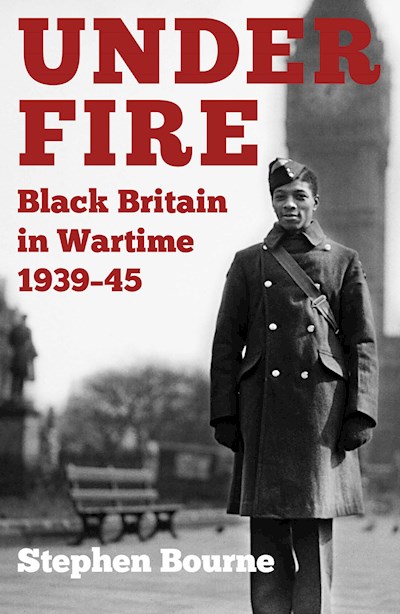 During the Second World War all British citizens were called upon to do their part for their country. Despite facing the discriminatory ‘colour bar’, many black civilians were determined to contribute to the war effort where they could, volunteering as air-raid wardens, fire-fighters, stretcher-bearers and first-aiders. Meanwhile, black servicemen and women, many of them volunteers from places as far away as Trinidad, Jamaica, Guyana and Nigeria, risked their lives fighting for the Mother Country in the air, at sea and on land.
In Under Fire, Stephen Bourne draws on first-hand testimonies to tell the whole story of Britain’s black community during the Second World War, shedding light on a wealth of experiences from evacuees to entertainers, government officials, prisoners of war and community leaders. Among those remembered are men and women whose stories have only recently come to light, making Under Fire the definitive account of the bravery and sacrifices of black Britons in wartime.