UFOs of the First World War 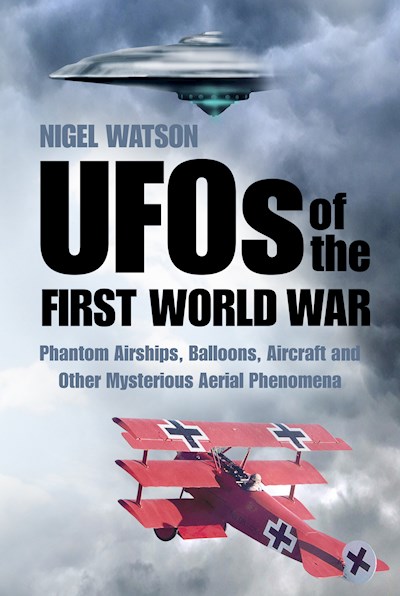 UFOs of the First World War

Lieutenant R.S. Maxwell took off in his BE2C fighter but saw nothing unusual until 8.25 p.m. when, according to his report: ‘My engine was missing irregularly and it was only by keeping the speed of the machine down to 50 mph that I was able to stay at 10,000 feet. I distinctly saw an artificial light to the north of me, and at about the same height. I followed this light northeast for nearly 20 minutes, but it seemed to go slightly higher and just as quickly as myself, and eventually I lost it completely in the clouds.’ Such sightings occurred frequently during the war. The reasons are fascinating in themselves: the first is that aviation is in its infancy, so light phenomena at altitude are a new experience. The second is fear: for the first time a real threat came from the skies. It wasn’t just the Western Front: on 21 August 1915 twenty New Zealand soldiers allegedly saw eight bread-loaf shaped clouds over Hill 60, Suvla Bay. ‘A British regiment, the First- Fourth Norfolk, of several hundred men, was then noticed marching . . . towards Hill 60.’ They marched into the cloud, which lifted off the ground, and were never seen again.