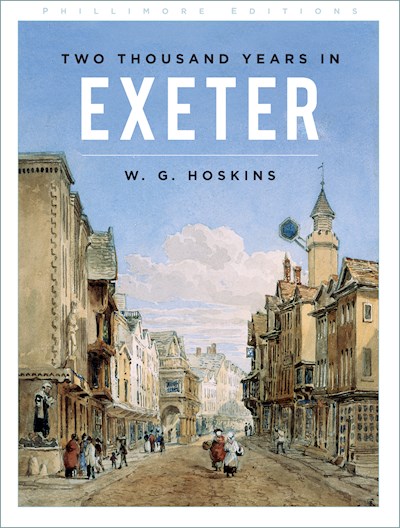 Exeter is one of the oldest cities in Britain. It was an inhabited place some two hundred years before the Romans came, and people have lived here without a break for more than two thousand years. The High Street has been in continuous use as a thoroughfare throughout that long period. For centuries Exeter was one of the largest and wealthiest cities in the kingdom and has always been the Mother-City of the South West. In this book, first published in 1960 and acclaimed as a 'small masterpiece', the author traces the essential historic development and character of a leading provincial centre. He describes its adventure from a small Celtic village to a modern city, with particular reference to its social history, to the lives and surroundings of ordinary people, to the buildings and landscapes of the past. Above all, he is concerned with the recent past and devotes three long chapters to the 19th and 20th centuries. W.G. Hoskins died in 1992. The task of bringing the work up to date and preparing text and illustrations for this new edition of a classic work has been undertaken by Hazel Harvey, a distinguished local historian of Exeter. Much of Exeter has been destroyed, but much of the historic past of this entrancing city still remains. Hoskins' incomparable text is supported by a new selection of illustrations and maps, with an appendix on the street-names of the city and place-names in the neighbourhood.