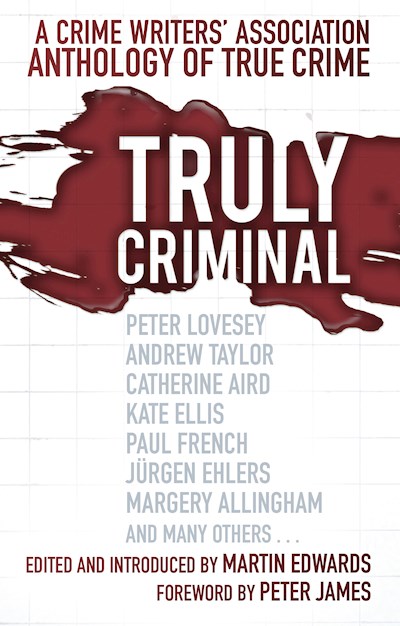 Truly Criminal showcases a group of highly regarded writers who all share a special passion for crime, reflected in this superb collection of essays re-examining some of the most notorious cases from British criminal history. Contributors are all members of the Crime Writers’ Association (CWA), including leading novelists Peter Lovesey, Andrew Taylor and Catherine Aird (winner of 2015 CWA Diamond Dagger). There is also a bonus essay by the late great Margery Allingham about the controversial William Herbert Wallace case, which has only recently been rediscovered. Among the real-life crimes explored in the book are the cases of Samuel Herbert Dougal, the Moat Farm murderer, George Joseph Smith, the ‘brides in the bath’ killer and Catherine Foster, who murdered her husband with poisoned dumplings – some of the most infamous killers in British history.