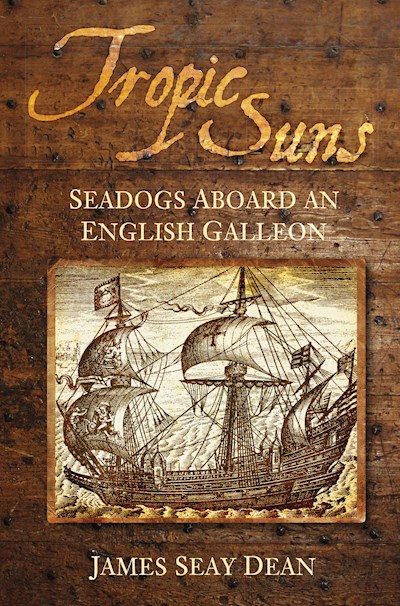 This is a seafarer’s book that draws from the accounts of hundreds of sixteenth-century and early seventeenth-century ocean voyages to convey the realities of everyday life aboard the galleons sailing between England and the West Indies and beyond. From jacktar to captain, what was life like aboard an Elizabethan ship? How did the men survive tropical heat, storms, bad water, rotten food, disease, poor navigation, shifting cargoes and enemy fire? Would a sailor return to Devon alive? With a whiff of oakum, salt spray and gunpowder, and in the words of Hawkyns, Drake and Ralegh, Tropic Suns follows in the footsteps of the average sailor: first the state of his ship, his food and water, then the weather and climate, the tools and skills for getting from here to there and back again, the way the ship is run at sea, fights against a vastly more powerful enemy fleet’s broadsides, tropical disease and at last, being paid once back in England. Celebrating the extraordinary drive and courage of those early sailors who left the familiarity of their English estuaries for the dangers of the Islas Cabo Verdes and the Caribbean, the Rivers Amazonas and Orinoco, and the Strait of Magellan, and their remarkable achievements, Tropic Suns is essential reading for anyone with an interest in our maritime heritage.