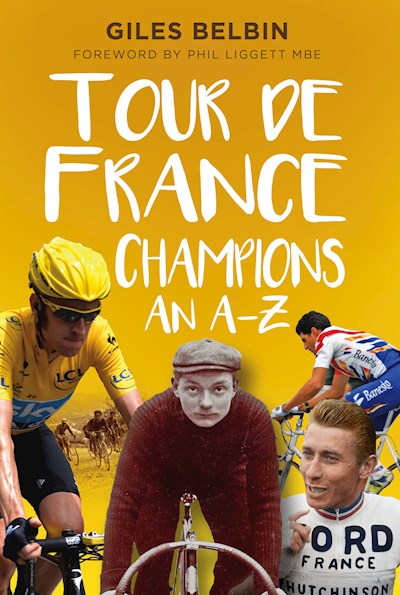 The Tour de France is a race like no other, so perhaps it’s no surprise that it attracts racers like no other. The winner of the second Tour actually came fifth – but the four racers before him were disqualified for cheating. The 1932 champion credits his win with saving him from capture by the Nazis, as the soldiers recognised him from the podium. One of Britain’s best cyclists of the modern era only got into European racing by forging an email. Tour de France Champions is a journey to the summit of cycling, looking at those who have taken on the roads and mountains of France to prevail above all others and win cycling’s greatest prize. Giles Belbin presents the stories of all those who have claimed the original and greatest Grand Tour, the one race that still transcends the sport of cycling: the Tour de France.