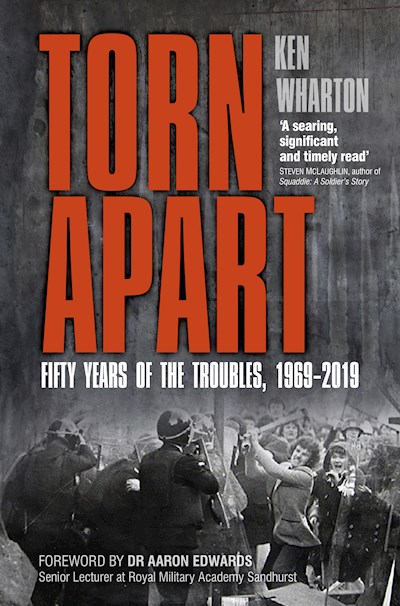 IN the early twentieth century there was a war brewing on Britain’s doorstep. Northern Ireland was filled with discrimination and suspicion, a sense of foreboding that would soon erupt into full-blown rioting. As the fiftieth anniversary of the Troubles approaches, Ken Wharton takes a thorough look at the start of the Troubles, the precursors and the explosion of violence in 1969 that would last until the Good Friday Agreement in 1998. In all, the Troubles cost 50,000 casualties and nearly 2,000 civilians’ lives across Northern Ireland, the Republic and England. Utterly condemnatory of the paramilitaries, Wharton pulls no punches in his assessment of the situation then and seeks to dismiss apologists today. His sympathy lies first with those tasked with keeping order in the province, but also with the innocent civilians caught up in thirty years of bloodshed. Torn Apart is an in-depth look at the start of the Troubles, looking at the seminal moments and Northern Ireland today using the powerful testimony of those who were there at the time.