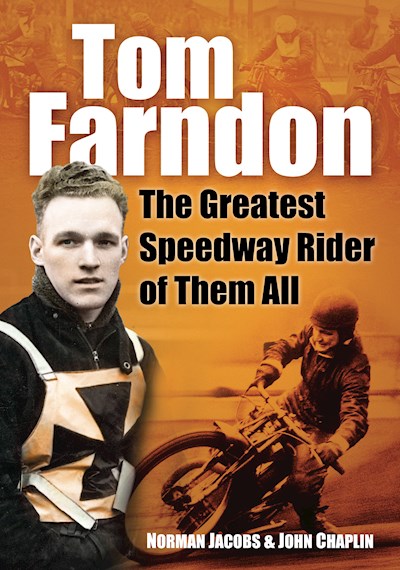 Tom Farndon, a shy young man from Coventry, set out on the road to speedway stardom in 1929. Within five years he had reached celebrity status matched only by today's sporting idols. His skill, daring and remarkable ability had seen him achieve a fame and fortune unsurpassed on the speedway track. His good looks and sheer charisma brought him a huge fan following, particularly among young women, and his incredible talent for speedway racing brought him not only the admiration of his peers but the solid achievement of winning every dirt-track championship there was to be won. In 1935, just as he had reached the height of his fame, tragedy struck; he was killed in a track accident at the age of just twenty-four. To this day, Farndon is still revered throughout the speedway world as arguably the greatest rider of all time. Written by respected speedway historians Norman Jacobs and John Chaplin, and with the support and aid of his family, this is the story of Tom Farndon’s remarkable life and his unquenchable spirit of adventurous youth; a must-have for any fan of speedway and its heroes.