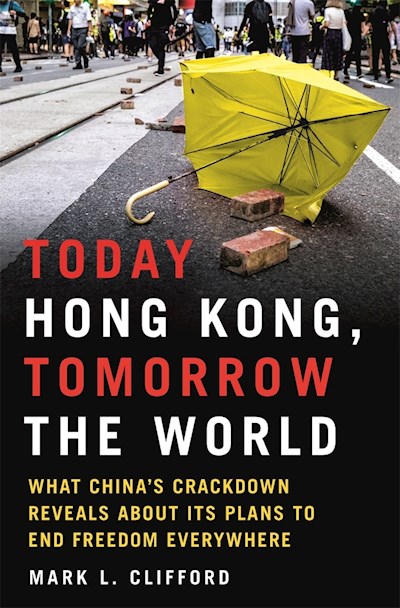 A GRIPPING HISTORY OF CHINA’S DETERIORATING RELATIONSHIP WITH HONG KONG, AND ITS IMPLICATIONS FOR THE REST OF THE WORLD.

For the 150 years that Hong Kong was a British colony, people, money and technology flowed freely, while Hong Kong residents enjoyed freedoms that simply did not exist in mainland China. When the territory was handed over to China in 1997, the Communist Party promised that Hong Kong would remain highly autonomous for fifty years. Now, at the halfway mark, it is clear that China has not kept its word. Universal suffrage and free elections have not been instituted and activists have been jailed en masse following the decree of a sweeping national security law by Beijing. As China continues to expand its global influence, Hong Kong serves as a chilling preview of how dissenters could be treated in regions that fall under the emerging superpower’s control.

A Hong Kong resident from 1992 to 2021, Mark L. Clifford has witnessed this transformation first-hand and has unrivalled access to the full range of the city’s society, from student protestors to billionaire businessmen and senior government officials. A powerful and dramatic mix of history and on-the-ground reporting, Today Hong Kong, Tomorrow the World is the definitive account of one of the most important geopolitical standoffs of our time.