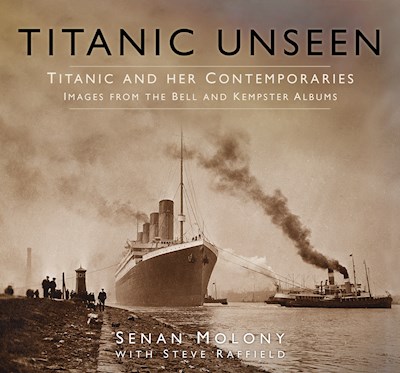 Titanic was meant to be another success in a litany of past glories for the White Star Line. Her fate was an unexpected shock and global tragedy, ensuring her immortality in the minds of millions even 100 years later. But her untimely demise often overshadows her remarkable life – the distinguished heritage of her fleet, the ingenuity of those who built her and the dedication of those who worked on board, many of whom would later become heroes. Titanic Unseen provides a unique insight into what it meant to build, deploy and operate the great ships of the White Star Line in the Titanic era. Weaving together images from the evocative albums of White Star crew member Philip Bell and Harland & Wolff engineer John Kempster, it is a revelatory portrait of this iconic vessel.