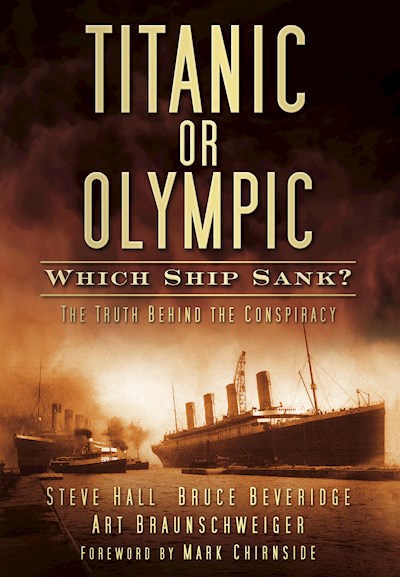 The Titanic is one of the most famous maritime disasters of all time, but did the Titanic really sink on the morning of 15 April 1912? Titanic's older sister, the nearly identical Olympic, was involved in a serious accident in September 1911 - an accident that may have made her a liability to her owners the White Star Line. Since 1912 rumours of a conspiracy to switch the two sisters in an elaborate insurance scam has always loomed behind the tragic story of the Titanic. Could the White Star Line have really switched the Olympic with her near identical sister in a ruse to intentionally sink their mortally damaged flagship in April 1912, in order to cash in on the insurance policy? This book addresses some of these conspiracy theories and illustrates both the questionable anomalies and hard technical facts that will prove the swtich theory to be exactly what it is - a mere legend.